US Gig Workers Overpay on Taxes by 21%

The rise of gig economy platforms such as Uber and Amazon Flex have made it increasingly easy to earn flexible 1099 contracting income. Today, nearly a third of working Americans do so. Among this group of newly minted self employed, there is widespread misunderstanding of tax laws resulting in significant overpayment to the IRS.

The Most Commonly Missed Tax Deductions

Keeper, an automatic freelancer expense tracker, estimates the average US gig worker overpays on taxes by 21%. Put in perspective, that’s an overpayment of around $400 for the average part-time gig worker, and about $1,550 for gig workers making $25,000 per year.

That is why it is vital to track your business expense.

The first analysis is done by segmenting average tax overpayment amounts by gig work type. Note that the sample includes both full-time and part-time workers. In the study, we found that blue-collar gig workers were the most likely to overpay the most. The included TaskRabbits, movers, Handy workers, and other blue-collar gig work.

Separately, the study also included an analysis of the most commonly missed deductions across all 205 participants for their 1099 contractor taxes, and the average resulting overpayment from missing the deduction.

The study uses publicly available tax data from the IRS, alongside a retroactive analysis of 2018 tax returns.

The first data set used is Sole Proprietorship Statistics published by the IRS. This data set provides aggregate income, and deductions data, across various contractor segments in the US. It’s for 2016 tax returns, which is the latest data set available publically. The gig worker type groupings outlined in the findings are mapped using the nearest IRS job type categorization.

The second set of data comes from a study conducted by accounting software company Keeper. This study involved reviewing 205 gig worker tax returns from 2018 and identifying missed tax write offs. Study subjects were required to have earned at least $600 from 1099 independent contractor jobs  in 2018 and were compensated $30 for participation. Advertisements for the study were placed across craigslist postings in 16 major US cities.

There are several key assumptions and generalizations made in the study, and they are listed below.

Representative sampling. The study’s sample of 205 gig workers is not a trust random sample as there is selection bias in who chose to be part of the study. However, there was a monetary incentive that reduces volunteer bias, and users were not pre-screened outside of having at least $600 in gig work income during 2018.

* Tax payment estimates assume a 30% effective tax rate. This is an industry-standard generalization of 15% federal income tax, 7% social security and medicaid tax, and an additional 7% state income tax. This is not an attempt to be rigorously accurate since not every state has an income tax, and different income brackets will correspond to slightly different tax rates.

Paul is the co-founder and CEO of Keeper. He has been in the tax and financial industry for more than half a decade. In his free time, he loves to go jogging, playing chess, and helping people find tax write-offs.

Maximize Your Tax Deductions by Using A Travel Expenses Tracker
Do You Have to File 1099 Taxes If You Were Paid Under 600 Dollars?
Quickbooks Self-Employed Alternative: Keeper Tax

US Gig Workers Overpay on Taxes by 21% 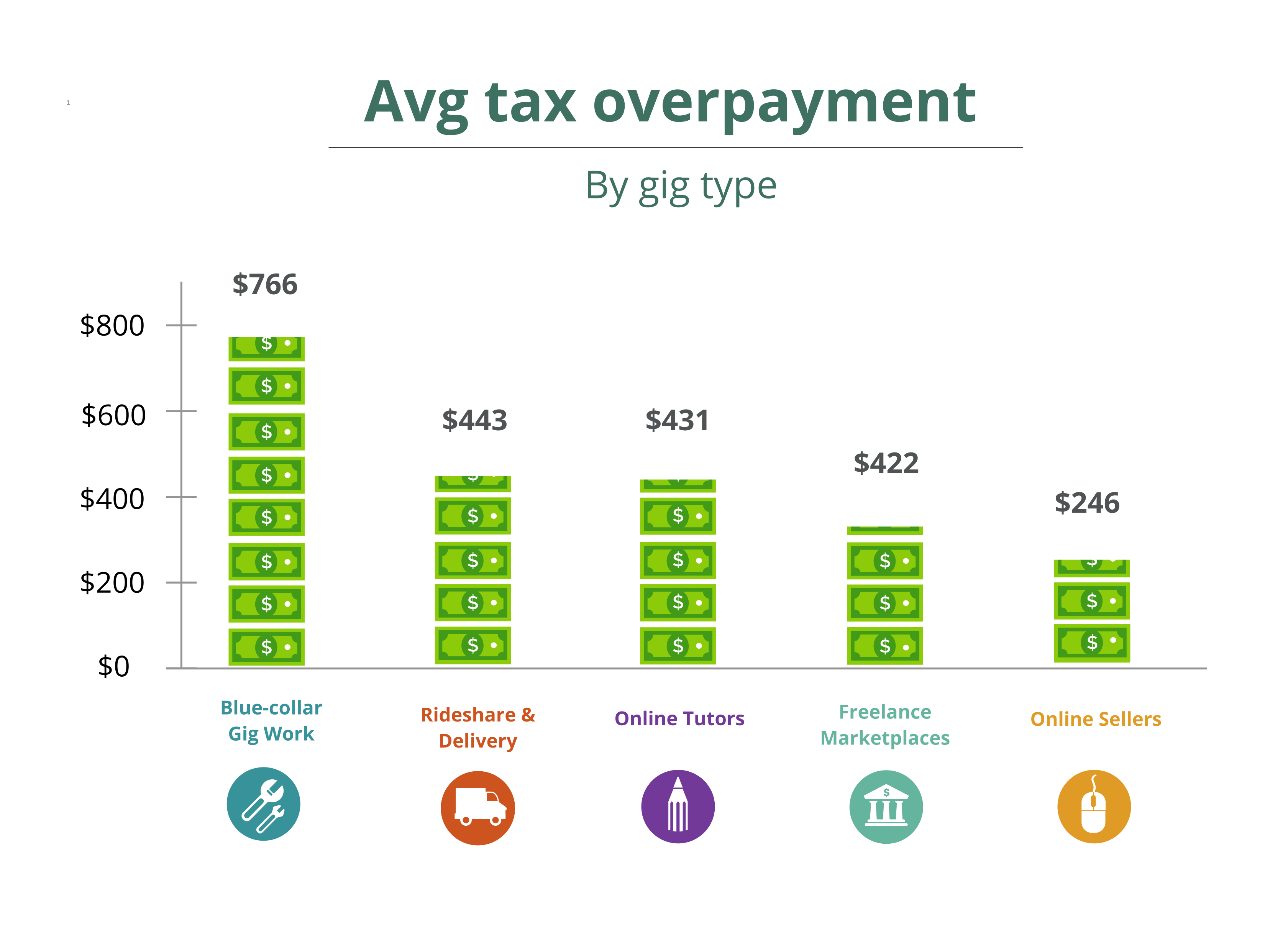 Paul is the co-founder and CEO of Keeper. He has been in the tax and financial industry for more than half a decade. In his free time, he loves to go jogging, playing chess, and helping people find tax write-offs.

What Education Expenses are Tax-Deductible in 2021?