Business vs. Hobby: What’s the Difference? Guide for Freelancers 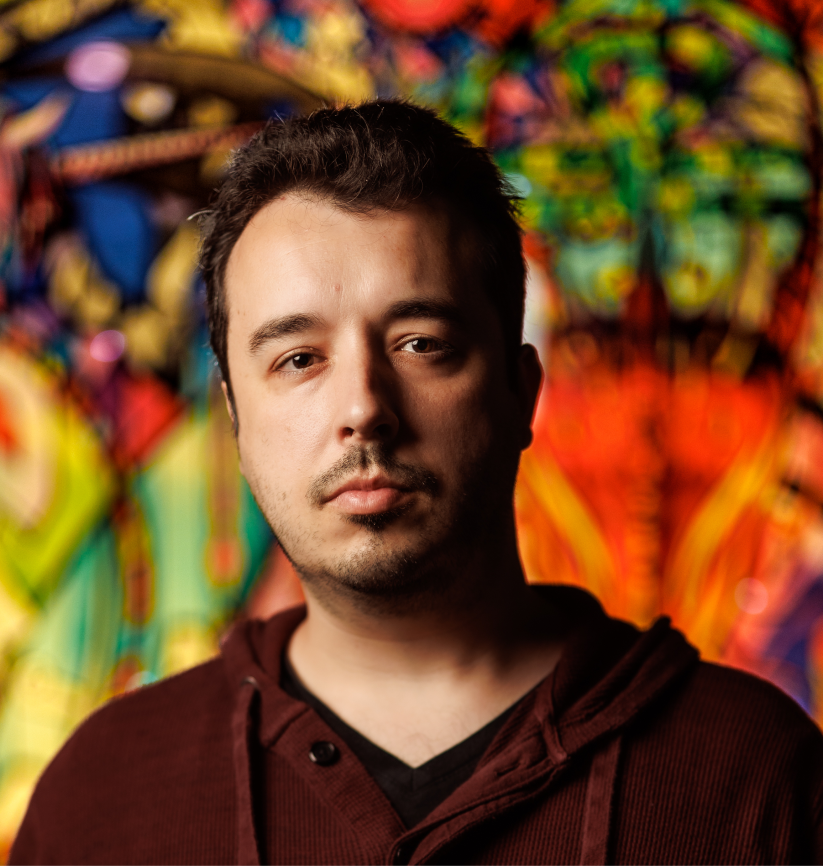 Tim Owens is a Certified Public Accountant with over a decade of experience in tax, including many years as an auditor for the IRS. Throughout his career, he's worked with small businesses from every industry, from food service to entertainment to construction. He's passionate about helping the little guys not get screwed over by the system he was once a part of. When not doing taxes, he spends time with his wife and two children. 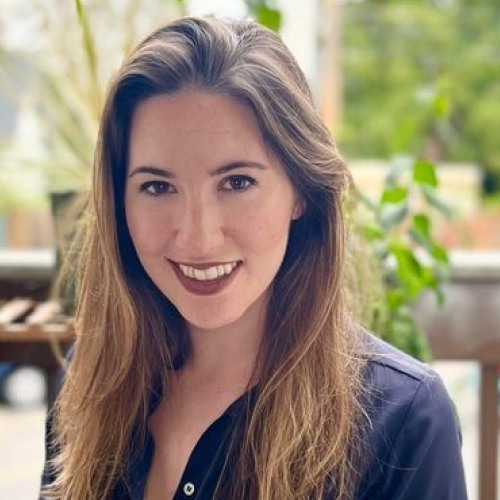 Sarah is a staff writer at Keeper Tax and has her Enrolled Agent license with the IRS. Her work has been featured in Business Insider, Money Under 30, Best Life, GOBankingRates, and Shopify. She has nearly a decade of public accounting experience, and has worked with clients in a wide range of industries, including oil and gas, manufacturing, real estate, wholesale and retail, finance, and ecommerce. Sarah has extensive experience offering strategic tax planning at the state and federal level. During her time in industry, she handled tax returns for C Corps, S corps, partnerships, nonprofits, and sole proprietorships. Sarah is a member of the National Association of Enrolled Agents (NAEA) and maintains her continuing education requirements by completing over 30 hours of tax training every year. In her spare time, she is a devoted cat mom and enjoys hiking, baking, and overwatering her houseplants.

So you set up your own small business… or did you?

You’re certainly working and making money. But you’ve seen some chatter online about the IRS coming after “hobbies posing as businesses.” Now, you’re no longer sure if you have an actual business in the IRS's eyes.

Don’t worry. Here’s what you need to know about how the IRS treats hobbies vs. businesses — and what it means for your taxes.

What is the difference between a hobby and a business?

That’s the one simple factor it considers when deciding how to classify your money-making activity.

The most important question here: Are you making an effort to generate a profit? If so, then you’ve got a business.

Do you always have to be profitable to be considered a business?

No, you don’t have to make a profit every single year you’re in business. You do have to put in time and effort to push your business into profitability.

What happens if your business is considered a hobby?

Let’s say the IRS decides the business you thought you were running is actually a hobby.

Here are three things that will end up happening on your tax return:

❌ You can’t claim any write-offs

Sorry, chief. The current US tax system doesn’t allow you to write off anything you spend on pursuing your hobby.

Compare that to a legitimate business. Whether you’re freelancing for 50 hours a week or driving for DoorDash on weekends only, pursuing a for-profit activity means you get to write off everything you spend on keeping that activity running.

Have a business, but not sure what you can write off? Try the Keeper Tax app, which automatically scans your transactions to find tax deductions for you.

❌ Your hobby income is still taxable

As long as you’re earning more than $400 from your hobby, you’ll still have to report that income when you file taxes. ($400 is also the tax filing threshold for self-employed income from a business.)

On your 1040 return, your hobby earnings go under “Other Income.”

Being taxed on your hobby income without getting to write off your hobby expenses — that sounds like the worst of both worlds. But there is a silver lining to having a hobby, as far as your taxes go.

✅ You don’t have to pay self-employment tax

If you were running a business, your net profit would be taxed an additional 15.3%. But you don’t pay that dreaded self-employment tax on your hobby income.

This means a hobby with no write-offs might even be taxed less than a business with the write-offs.

How does the IRS decide if you have a hobby or a business?

The IRS lays out nine factors used to determine if an activity is a hobby. They’re all very relative, and they apply differently to different businesses.

To be considered a business, you don’t need to pass all — or even a majority — of these tests. But the ones you do pass will need to drive home to the IRS that you mean business.

These factors are indicated in the tax code in IRC 183, and broken down in easier-to-read language in Chapter 1 of IRS Publication 535, which talks about business expenses.

To really bring them to life, let’s look at each of them through the lens of one of the most important professions in the USA: a party clown.

We’ll be comparing two clowns who take very different approaches to their clowning. Jumbles is a hobbyist, while Squeaks treats it like work.

Factor #1: How you handle the activity 🧾

The more effort you put into running things legitimately, the more likely it is to be seen as a business.

Factor #2: Your expertise in the field 🎓

It pays to know what you’re doing. This isn’t always about having years of experience in the field.

Other ways of proving your experience include consulting with other experts and learning the skills it takes to grow your business.

Factor #3: The time and effort you spend on your activity 💪

You don’t need to be pursuing your business full-time for it to be enough time. But you do need to make a reasonable effort to make that profit.

Factor #4: Your success at other activities 🏆

Your past success doesn’t need to be perfectly relevant to your current activity. But having past experience in turning a profit somewhere gives you a leg up. (There’s an understanding that businesses don’t always start out profitable, so your track record is helpful here.)

Factor #5: Your history of income (or losses) 💵

Losses happen to all types of businesses. That doesn’t turn them into hobbies overnight.

The IRS will typically look for three years of consecutive business losses before it starts asking if your activity is a business. Having a good track record in prior years helps create the narrative that it isn’t a hobby.

Factor #6: Your relative amount of profits and losses 📊

There are two parts to this factor:

If you have a really good year, you might have the money to make bigger purchases to grow your business. This might put you at the risk of a small loss for a year or two.

The IRS is fine with that. Investing in your business — or having sporadic income because of the industry you’re in — does not make it a hobby.

Essentially, the IRS looks at:

Factor #8: The amount of pleasure the activity brings you 😊

Jobs with more inherent “fun” attached to them are at greater risk of being labeled hobbies.

Obviously, this is a bit of a joke because of the profession I chose. But the general principle holds true.

Factor #9: The expectation that your business assets appreciate in value 📈

I’ll be honest: this one is a bit difficult to illustrate with a clown — or with most freelance jobs. Most freelancers just don’t have big, appreciable assets like factory equipment.

The basic idea here: While you’re not necessarily making a profit every year, you’re working in the background to accumulate a potential profit when you eventually sell your assets down the line.

Given all these differences between their clowning activities, Squeaks is more likely than Jumbles to be considered a legitimate businessclown.

How to avoid getting your business classified as a hobby

You know your business better than anyone. Should the IRS come knocking, you want to be prepared.

Make sure you do the following to keep your business on the up-and-up:

Have a written business plan

This should detail what you plan to do over the next three years to grow your business and get — or stay — profitable.

The IRS knows not everyone is successful right off the bat.

That’s why its standard for “trying to make a profit” doesn’t just mean bringing in income. It’s also about recognizing why things aren’t working — and changing up your business to make it profitable.

Get help when you need

Not everyone knows everything about the business side of things.

Keeper Tax offers free tools and resources for freelancers who might not know how to keep up with their expenses or file their taxes.

First of all, this isn’t super common — the IRS doesn’t go around targeting side hustlers by declaring that their businesses are actually hobbies. If this does happen to someone, it’ll likely be after an audit triggered for some other reason.

If the IRS rules that your business is a hobby, you aren’t going to be blindsided by this decision. You'll first:

Here’s what to do if you hear from them:

If you don’t agree with the IRS’s decision, you can file an appeal to have it reviewed by the IRS appeals division.

Why is it worth appealing?

If your business is considered a hobby one year, the IRS can:

Note: Appeals can be a long and daunting process. If you end up in that situation, it may be best to consult a tax professional.

You can file Form 5213, “Election to Postpone Determination as To Whether the Presumption Applies That an Activity is Engaged in for Profit” — quite a mouthful. This form delays the IRS’s final decision until after your fifth year in business.

When can you file the form?

You can file if, within the first few years, you can already see you’re going to struggle to be profitable until year six or seven.

Should you file this form just in case?

No, there’s no need to file when you’re first starting out, “just in case.”

Why? The form will ask for a pretty detailed explanation for why you’re filling it out. If you don’t have enough evidence behind your claim, the IRS will throw it out — and you need some time in business to get that evidence.

Note: You won’t get in trouble for filing Form 5213 only to get it thrown out. But it also isn’t worth your time.

When is the form actually due?

You’ll have to file the form within three years of the original due date for the return you submitted for your first year in business.

Remember: A hobby can be turned into a successful business with a bit of elbow grease and the right knowledge. Now that you know the difference between a hobby and a business, you can easily make that change.

Tim Owens is a Certified Public Accountant with over a decade of experience in tax, including many years as an auditor for the IRS. Throughout his career, he's worked with small businesses from every industry, from food service to entertainment to construction. He's passionate about helping the little guys not get screwed over by the system he was once a part of. When not doing taxes, he spends time with his wife and two children.

Most tax software isn't built for you. Ours is. We know every form you need and every deduction you can take to pay less this year.

I am ...
Freelance designer
Text Link

At Keeper Tax, we’re on a mission to help freelancers overcome the complexity of their taxes. That sometimes leads us to generalize tax advice. Please email support@keepertax.com if you have questions.

What Happens if Your Business Loses Money?
How to Deduct Write-Offs Without an LLC
How to File Your Self-Employment Taxes in 7 Easy Steps
The Myth of Paper Receipts for Taxes
Ultimate Guide to Car Tax Deductions and Mileage
The Business Meal Deduction: A Freelancer's Guide