Should You be Receiving the New Form 1099-NEC? 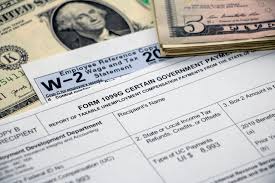 The IRS has implemented new rules for the 2020 tax year on who get requiring businesses to file a Form 1099 for any non-employee compensation (NEC) totaling more than $600 over the course of a year. The IRS has also created a new Form 1099-NEC for reporting business payments to non-employees who provide services, such as independent contractors and freelancers. Previously, those service providers had been issued a Form 1099-MISC.

One thing that has not changed with the implementation of the new rules is that businesses are still required to file copies of any Form 1099s they issue with the IRS to report non-employee payments. The information on the Form 1099s may be used by the IRS to ensure that individuals and businesses are reporting all of the income they have received.

Which Businesses Must Issue Form 1099s?

What is a Form 1099? Well, they are known as “information returns” and the IRS has issued several different versions of the form. But most independent contractors or freelancers only need concern themselves with the Form 1099-NEC and, in some cases, the Form 1099-MISC. Any individual or organization that operates as a trade or business must prepare a Form 1099 to reflect payments made to non-employees during the tax year. According to the IRS, an individual or organization is operating a “trade or business” if it one of the following:

Form 1099s only need to be sent for services provided to the trade or business, not for goods or merchandise that was purchased. Additionally, Form 1099s are not required when an individual purchases non-business personal services. For example, a business owner who hires an independent contractor for construction work on her home would not need to send out a Form 1099 reporting those payments.

Are You an Employee or Contractor?

As a general rule, a worker will be classified as an independent contractor if the following apply:

A worker will usually be found to be an employee if the following apply:

An independent contractor will still be responsible for paying taxes on all income received during a year, regardless of whether the individual or business received a Form 1099 reporting those payments. The problem is usually resolved by simply reaching out to the business and ask for for a copy of the Form 1099 reporting the payment.

While it may be tempting not to report the income to the IRS if you have not received a Form 1099, it is generally a good idea to do so anyway. Just because it did not issue you a Form 1099, there is a good chance one was still submitted a Form 1099 to the IRS on your behalf. That means the IRS knows about that income and will expect you to pay self-employment taxes on it, regardless of whether you received the proper Form 1099 reporting that income.

The Form 1099-MISC is still the general-purpose form the IRS uses for reporting payments made to non-employees who are not providing services. For tax years before 2020, Form 1099-MISCs for a tax year needed to be issued by February 28 of the subsequent year, but the deadline has been moved to January 31 to correspond with the filing deadline for Form 1099-NECs.

Payments of $600 or more must be reported on the Form 1099-MISC if they were for the following purposes:

However, the $600 annual minimum for filing a Form 1099-MISC does not apply to certain types of payments made by a trade or business. Those payments include:

The IRS issued specific instructions for reporting payments to attorneys, law firms, and legal services. The IRS said that payments made to a non-employee for any legal services made during the course of a trade or business--whether by an attorney or other legal staff--must be reported on a Form 1099-NEC if they total more than $600 during the year.

However, the IRS explained that some types of payments to attorneys or law firms are considered “gross proceeds” must still be reported on Form 1099-MISC if they total $600 or more. It said that gross proceeds include the following:

Finally, the IRS says that attorney fees paid to a “claimant” (usually the plaintiff) need not be reported on a Form 1099. For example, if a business paid the other party’s attorney $50,000 as part of a lawsuit settlement, the business would not need to report that payment.

Paul is the co-founder and CEO of Keeper. He has been in the tax and financial industry for more than half a decade. In his free time, he loves to go jogging, playing chess, and helping people find tax write offs.